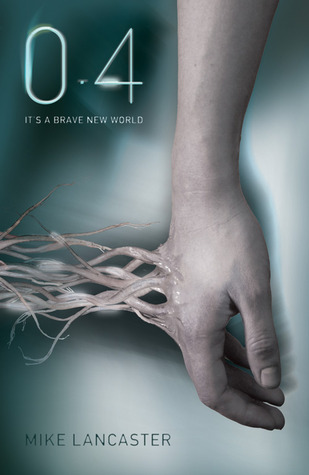 Summary (from Goodreads)
It's a brave new world. 'My name is Kyle Straker. And I don't exist anymore.' So begins the story of Kyle Straker, recorded on to old audio tapes. You might think these tapes are a hoax. But perhaps they contain the history of a past world.

This was a really, really interesting book. I think part of what makes it so good is the way it unfolds and so I’m going to try and give as little away as possible, whilst still giving a tiny bit more information than the blurb. The gist of it is this: Kyle Straker, his friend’s girlfriend Lilly and two adults volunteer to be hypnotised in a backwater village talent show. However whilst they are under this influence, everything changes. Suddenly their parents and friends are acting strangely, and it is left to the four of them to out why...

The story is presented as a transcript of some mysterious old tape cassettes recorded by Kyle, interspersed with author’s notes which explain apparently archaic concepts such as reality television and Coldplay. It was a refreshing format and I especially looked forward to reading the notes, which were often funny little digs at pop culture and academia. As for Kyle and co. themselves, whilst I did not exactly dislike them I did not feel particularly attached to them either. The one exception to this was Mr. Peterson, despite the fact his back story was condensed into a few paragraphs. Possibly it is an effect of how short and fast-paced the book is, but I never really felt like any of the characters were fully developed. Similarly the attempts at romance felt rushed and thrown in; I really felt the book would have worked better had those been left out altogether.

Despite the flatness of the characters I did find this to be an extremely gripping read. I got through most of it in one night and yes, there may have been a few times I felt a little bit creeped out walking around in the dark after reading it! The scenes in which Kyle realises there is something wrong with his parents were especially thrilling, and there were a few moments which made my heart jump into my throat.

This was a very quick read but definitely not a shallow one, and it leaves you a lot to think about. However I did find my final view of it was slightly bogged down not only by the characterization but also by some logical inconsistencies, especially surrounding the 1.0’s interest in Kyle’s tapes and his being able to record them in the first place! But despite its flaws 0.4 was still a very compelling tale. I’m not entirely sure how I feel about the premise for the sequel, 1.4, but I will definitely give it a shot!